Moscow Institute of Physics and Technology (MIPT): Rankings, Courses, Admissions, Fees, and Scholarships The Moscow Institute of Physical Technology is one of Russia's leading universities in the fields of physics and technology. The university holds a respected position for qualified graduate education at home and abroad. MIPT students and graduates represent an elite who can reach their full potential thanks to the interdisciplinary scientific environment. A strong alumni community spans the globe, including leading scientists, businessmen, politicians, and artists, many of whom have won prestigious international awards. The first professors were Nobel laureates Kapitza, Semenov, and Lev Landau. The institute ..

Irkutsk National Research Technical University (INRTU): Rankings, Courses, Admissions, Fees, and Scholarships Irkutsk National Research Technical University (INRTU) was founded in 1918 in Irkutsk, Siberia. The university is known for its diverse departments of humanities, natural, technical, and applied sciences. It is home to more than 18,000 students participating in 200 programs., with more than 1000 students coming from 23 countries. The university is known for its extensive research in science and technology. The impressive student-teacher ratio provides the best learning experience for students where they receive individual attention and guidance from 980 academic faculty staff, out of which 22 ..

Study at Moscow Aviation Institute (MAI)Study in RussiaUniversities in Russia

Moscow Aviation Institute (MAI): Rankings, Courses, Admissions, Fees, and Scholarships Since its inception in 1930, Moscow Aviation Institute has been one of the biggest Russian technical universities spearheading advances in aerospace technology. Most of Russia’s advanced modern aviation and aerospace systems were created with the direct participation of MAI graduates. The institute has a total strength of 21,000 students with 1,500 foreign students from 80 countries. Most of these students go on to become established politicians, test pilots, cosmonauts, or academicians, showing how the unique educational environment at MAI accustoms them to the creative part of STEM jobs and industry ..

Study in RussiaUniversities in Russia

Ural State Medical University (USMU): Ranking, Courses, Admissions, Fees, and Scholarships Ural State Medical University is a major medical science education center in Russia founded in 1930. Over 6000 students are studying in their undergraduate, graduate, postgraduate, and residency programs, and about 300 international students from 30 countries. It is one of the top Universities to study medicine in Russia. USMU is a recognized medical science center, and the programs offered are the most innovative courses in Russia. Apart from being a prominent figure to study Medical sciences in Russia, USMU also has proven excellence in research. Researchers of USMU .. 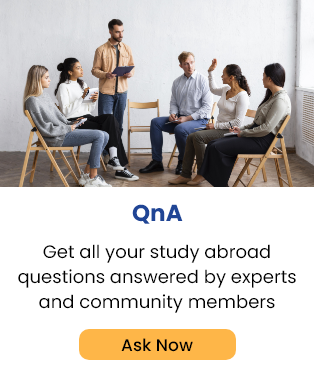